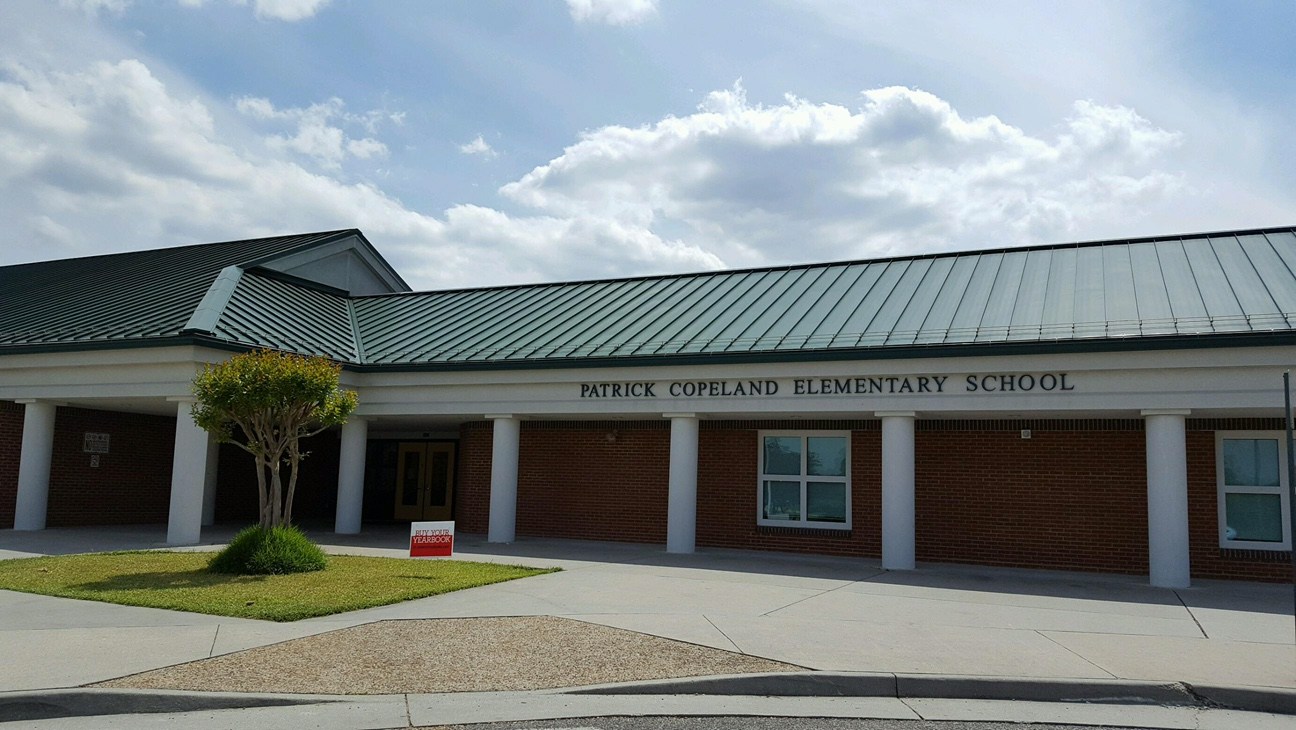 School Colors: Red and White with blue trimmings School Mascot: Cardinal School History: The school is named for the Reverend Patrick Copeland who founded the first free school in America in City Point, Virginia. The legend of the first Patrick Copeland School building states that it was burned by the Indians. A frame building was erected on Spruance Street in the early 1900's and in 1923 it was named Patrick Copeland School. The first principal was Miss Catherine Sinclair whose staff consisted of six teachers for first through sixth grades. The Patrick Copeland School on Appomattox Street was constructed in 1937 and opened for 107 first through seventh grade students in 1938 with Mr. Cashell Donahoe as the principal. In 1946, Mr. Logan Harding began his 35 year tenure as principal of Patrick Copeland School. A reading garden was dedicated in honor of Mr. Harding on the school site during his retirement celebration in 1971. The principals who followed were Mr. Bernard Eppes (1971-1973), Mr. John P. Tiller (1973-1975), Mr. Roy Ammons (1975-1980), Mrs. Joyce E. Lanier (1980-1986), Mrs. Pearlie Thomas (1986-1988), Ms. Janet Covington (1988-1997), and Mrs. Susan S. Jones (1997-2015). The current principal is Mr. Byron Davis. During the 1997-1998 school year, parents and community supporters of education worked with the staff to obtain a funding commitment for the construction of a new facility. A ground breaking ceremony was held in June of 1999 and construction began later that summer. During Memorial Day weekend 2001 the move was made to the new school. Patrick Copeland is located at 400 Westhill Drive behind Hopewell High School. The average student to teacher ratio is 20:1.
School Report Card:
School Quality Profile: http://schoolquality.virginia.gov/schools/patrick-copeland-elementary